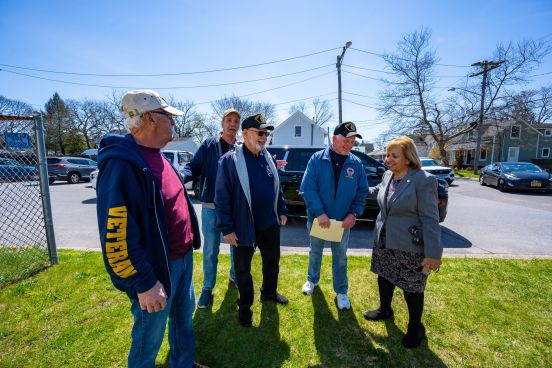 Toxins In Burn Pit Smoke Can Have Long Term Health Effects From Cancers To Respiratory Illnesses, But Veterans, Including Those On LI, Struggle To Receive Coverage & Have Claims Denied For Conditions Linked To Burn Pit Exposure.

Schumer Says New Bill Will Cut Red Tape So Vets Exposed To Environmental Hazards Can Get Their Health Care Benefits; Senator Promises To Bring Bill For A Vote This Congress; Every Member Will Have To Go On Record And Show How Much They Really Support Veterans.

Schumer: This Vets Health Issue Is Relevant On LI & Beyond, And It Should Be Solved

April 15th, 2022 – Standing with Long Island veterans, one with a very serious service-related condition who is running Project 9 Line, a local organization that helps transition LI vets into civilian life, U.S. Senate Majority Leader Charles E. Schumer demanded colleagues across the aisle come together to pass the Honoring Our PACT Act to extend VA benefits to service members who have cancer and other severe illnesses due to exposure to burn pits, Agent Orange, and other toxins.

“What we know, especially from Long Island vets, is that sickness often develops years, even decades after one’s service. And the thing is, sickness and illness, though we pray it never manifests, we have to ensure that if it does, the benefits are there to care for our veterans,” said U.S. Senator Charles Schumer. “Today, I am taking the ‘Honoring Our PACT Act’ here to Long Island to both make the case but prove the need. This is not a Washington issue. This is a local issue. We just need Washington to help solve it. So, we are here today, with our local vets, at this amazing local organization to announce that the sicknesses that have reared from burn pits and their miasma of toxins should be added to conditions that the VA covers—this is the right thing, the moral thing and the honorable thing to do.”

Schumer detailed the new legislation he first pushed in Washington, the ‘Honoring Our PACT Act,’ that will extend health care eligibilities to veterans, reform how the VA studies and adopts presumptions of service condition for toxic exposures and allow toxic-exposed veterans to get easier access to the care they deserve. Schumer said this issue has been very relevant on Long Island as he made the case to bring the bill to the Senate Floor and advance the cause of countless vets seeking their hard-fought benefits.

“Look, our Long Island veterans put their lives on the line to fight for our country and our freedom, and the least we can do as a country is make sure they are taken care of when they return,” said Senator Schumer. “As Majority Leader, I am here to say that we will vote on the Honoring Our PACT Act this Congress and put everyone on the record for getting our veterans treatment for cancers, respiratory diseases, and the countless other illnesses caused by exposure to burn pits and other toxins. Every breath our veterans take is a reminder of their sacrifice. Our nation told these veterans that if they put their lives and health on the line to protect our freedoms, we would take care of them. It’s long past time to keep that promise in full and give them the full benefits they’ve earned.”

"On behalf of Iraq and Afghanistan Veterans of America, I would like to express great appreciation to Leader Schumer for gathering New York veterans today to draw attention to the need to pass the Honoring Our PACT Act to provide critical VA benefits to veterans who suffer from toxic exposures during their deployments," said Jeremy Butler, CEO of IAVA. "Showing appreciation to our veteran and military community requires more than waving a flag or slapping a bumper sticker on a car. It often requires substantial and meaningful investment. Sen. Schumer is committed to this effort and we thank him for promising to hold a Senate floor vote soon on the bill." 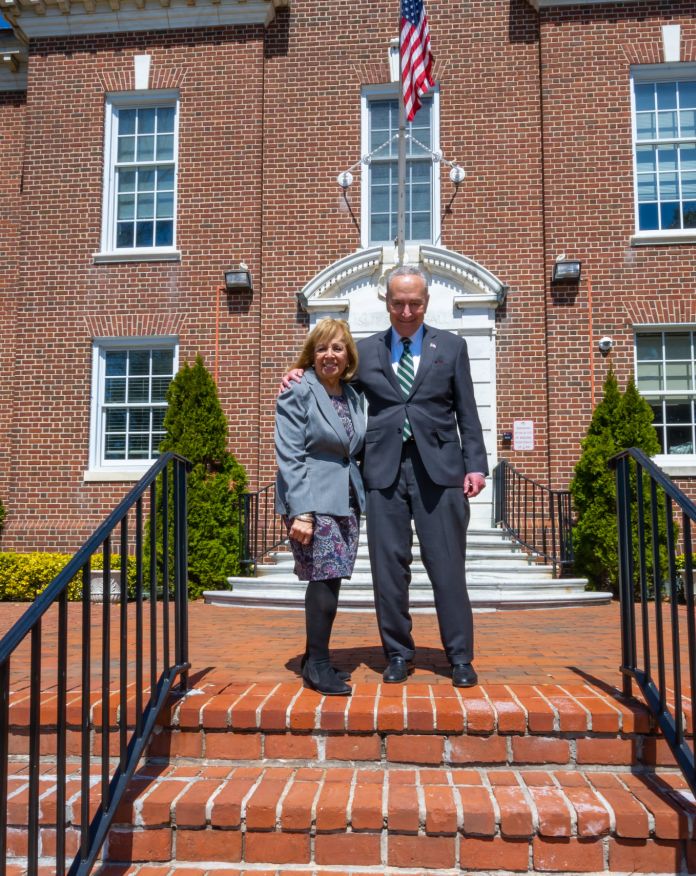 “We in the Town of Islip are so grateful to our U.S. Senator Chuck Schumer for bringing this critical issue to the forefront. These brave men and women, many of whom went to war representing our country and defending our freedom, deserve the same quality healthcare and benefits for ALL their service-connected medical needs, as we would want for our own loved ones,” said Islip Town Supervisor Angie Carpenter. “We are wholly united and committed to our veterans, and we join with Senator Schumer in urging the passage of the Honoring Our PACT Act,” she concluded.

Schumer explained that the Honoring Our PACT Act would expand health care access for veterans affected by exposure to harmful substances, toxins, and other environmental hazards, including from burn pits, which put service members in Iraq and Afghanistan in proximity of airborne hazards with the open-air combustion of trash and other waste like chemicals and munitions. Schumer was joined by veterans like Kevin Kozlowski who served in Iraq and now suffers from health and breathing related issues from his exposure to burn puts during his time of service.

Toxins in burn pit smoke have been shown to potentially have long-term effects on the respiratory and cardiovascular systems, gastrointestinal tract, and internal organs, but veterans often face a complicated disability benefit claims process at the VA to get access to the health care they need. Schumer said this legislation would open up VA health care to the tens of thousands of toxic-exposed veterans in New York, and 3.5 million veterans nationally exposed to toxic substances during their service even if they do not have a service-connected disability.

Schumer has a long history of fighting to expand healthcare coverage for veterans and fighting to deliver the treatment they deserve. Schumer, in the past, was successfully able to secure the expansion of the VA condition list to include bladder cancer, hypothyroidism, and Parkinsonism for diseases associated with ‘Agent Orange’ exposure in the Fiscal Year 2021 National Defense Authorization Act (NDAA).

This bill, today, would also expand on Schumer’s previous advocacy for Agent Orange exposure by further adding additional conditions like hypertension to the list of presumptive conditions. In addition, the bill also provides new or increased disability benefits to thousands of veterans by designating 23 respiratory illnesses and cancers as likely linked to toxic exposures related to military burn pits.

Details of the Honoring Our PACT Act can be found below:


Schumer was joined by the Iraq and Afghanistan Vets of America (IAVA), area vet leaders, as well as Suffolk County Executive officials as he made his push.