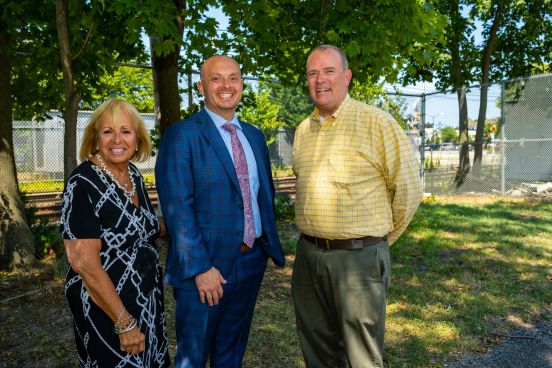 August 5th, 2022 – Islip Town Supervisor Angie Carpenter was joined by Congressman Andrew Garbarino along with Councilman Jim O'Connor and town officials to announce a $3m grant for a new sewer connection in the Central Islip Downtown. The new sewer will allow for the development of a more diversified range of businesses, and provide the capability to attract and build cornerstone businesses that are reliant on sewer connectivity to make a location viable.

The development of restaurants, health care and manufacturing are reliant on the infrastructure this project creates. Once completed, the project will help promote new business creations, which will generate jobs, attract private investment, and help strengthen and diversify the regional economy.

In the spring of 2016, New York State announced the first round of the Downtown Revitalization Initiative—— awarding 10 communities $10M each, to undertake a bottom-up community planning process and to implement key projects recommended by the community. Town officials worked together to develop a clear vision for the downtown; outlining the goals and strategies to accomplish the vision; and a strategic plan to implement transformative projects identified in the plan, and applied for the grant for two consecutive years without being named a recipient. It wasn’t until the Town’s third application in 2017, that the Town was named a NYSDRI recipient, and awarded the $10M for Central Islip.

The sewer connection was essential to the revitalization’s success. With the support of Congressman Andrew Garbarino, Islip Town officials applied for and received a grant for $7M from the United States Department of Commerce, Economic Development Agency (USDOC EDA) for the sewer connection, and Congressman Garbarino secured the remaining $3M needed to complete the project through a HUD grant.

"I would like to thank Congressman Andrew Garbarino, who once again came through for the Town of Islip," said Supervisor Carpenter. “With its close proximity to the Long Island Railroad, we plan to continue the transit-oriented development that will make downtown Central Islip a hub for the community and the entire Town, with infrastructure and pedestrian improvements, redevelopment of the former train station and building rehabilitation, and improvements to create additional commercial and residential opportunity,” said Supervisor Carpenter.

“I was proud to secure $3 million for this sewer expansion to aid in the revitalization of Central Islip. The age and density of sewer our systems cannot sustain the rate of growth we have seen in our population and economy. This is a serious barrier to doing business on Long Island, a problem I saw firsthand even before entering office in my work as a private attorney aiding small businesses. This project is going to have a major economic and environmental impact on this community. I thank Supervisor Angie Carpenter, Councilman Jim O’Connor, and the Town of Islip, for working so closely with me and my office to bring this funding to fruition.”

Islip Town Councilman Jim O’Connor added, “I am thrilled to join Islip Supervisor Angie Carpenter along with the Town’s Planning and Public Works departments, and local civic partners in saying ‘thank you’ to Congressman Andrew Garbarino for his unwavering efforts to deliver millions of dollars back to our community in needed infrastructure improvements for the Central Islip Downtown Revitalization Initiative. This funding will bring significant benefits towards the economic expansion and environmental protection efforts to the area.”

Construction for the sewer connection is expected to begin January, 2023 and is anticipated to take 12-16 months. The project will be transformative. 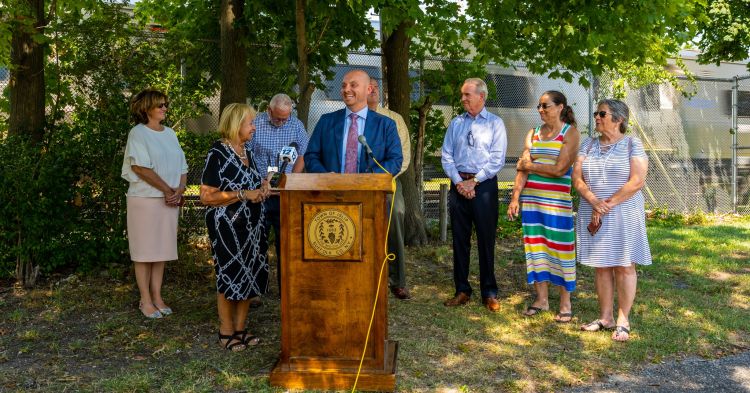